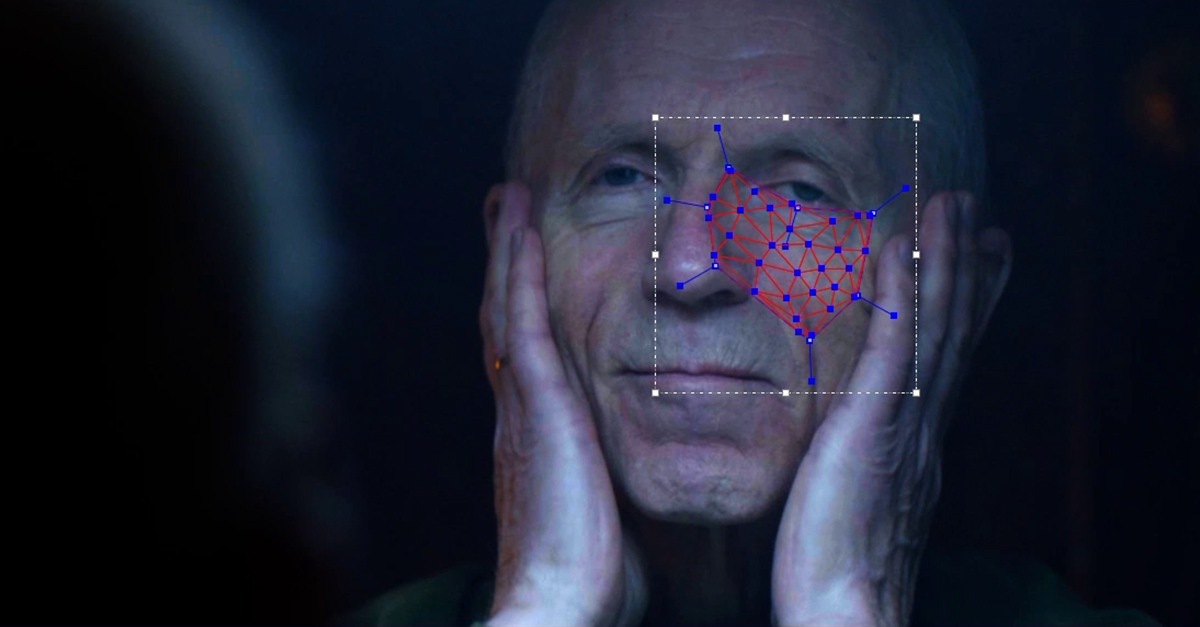 I n this guide, world-renowned visual effects expert Lee Lanier from the learning platform Lowepost will walk you through the most common tracking types available in modern compositing applications.

No single tracking type works with all shots, and as a compositor it’s important to learn which tracker works the best in each situation.

Transform Tracking is the simples tracker available in most applications and occurs in 2D. It's able to track the X (left/right) and Y (up/down) motion of a pattern over time. This type of tracking is often called Matchmoving, as you can use it to impart motion to a new element as if it was shot with the original real-world camera.

For example, if you want to add a moon to a sky of a shot where the camera has minimal movement (say a short pan, dolly, or handheld tilt), Transform Tracking is a good choice.

In this shot from the Tracking Complex Surfaces in Nuke and Mocha Pro course, Transform Tracking is used to track reflections onto the visor of the helmet.

Although it's often only necessary to use one track point to track one feature, you can use two track points to track two features and thus detect simple rotation and scale changes. The rotation must stay “flat” to the camera (a rotation along the camera's Z axis) and the scale changes are limited to those created when the camera zooms or changes its distance from the tracked feature.

This tracking builds upon Transform Tracking by adding three more track points for a total of four. In other words, it tracks four separate patterns over time. It's ideal for tracking anything rectangular. For example, you might track a door, window, poster, billboard, or Ipad screen.

Learn more about screen replacement with corner pins in these courses for DaVinci Resolve Fusion and After Effects & Mocha Pro.

Although each track point operates in 2D (in the XY directions), having a total of four points allows the tracker to detect perspective or rotational changes to the rectangular object. In the example below from the Tracking Complex Surfaces in Nuke and Mocha Pro course, Corner-pin Tracking is used to replace a logo on a jacket that rotates.

Stabilization uses Transform Tracking to analyze camera movement, and you can use the inverted motion to stabilize the original footage. For example, if you have a hand-held shot with some minor motion, you can use stabilization to make the shot appear static.

The shot above is from a course about building replacement in DaVinci Resolve Fusion, and the stabilization is used to make the rotoscoping process of the building in the background easier because it stands still. When the rotoscoping is finished, the motion is added back in. This technique is called Reverse Stabilization.

3D Camera Tracking is the most technically complex form of tracking, although it can be easy to apply. It's designed to detect camera motion within a shot and reconstruct the camera's basic properties in 3D space.

This is a suited method for any shot where the real-world camera is moving along all three axes (X, Y, and Z). For example, if you have a hand-held shot where the cameraman is walking forward, you can use this tracking method to add a new element into the shot, so that the element picks up all the complex movement created by the original camera.

The new element might be a piece of 3D geometry imported from a 3D program such as Maya or 3ds Max, or a “card,” which is a 2D layer placed within 3D space. In this example from the Introduction to Visual Effects in After Effects course on Lowepost, 3D camera tracking is used to track two arrows to a tree.

Although Planar Tracking appears similar to Corner-pin Tracking, it's much more powerful and sometimes easier to use. Planar Tracking can be done in Nuke and Mocha Pro and tracks a planar feature through space over time. Because the tracker is not concerned with corners or edges, but instead tracks the entire established feature as if it were fixed to a plane, it can accurately detect perspective and parallax changes. In fact, the corners of the feature can leave the frame or become temporarily occluded and the tracker will continue to work.

For example, you might use Planar Tracking to track the road as a camera drone moves by, and then use the tracking data to distort a new road marking as seen in the Tracking Complex Surfaces in Nuke and Mocha Pro course on Lowepost.

Planar Tracking also allow you to define the tracked feature by drawing one or more closed spline shapes with an arbitrary number of spline vertices for detailed control.

Mesh Tracking is a new style of planar tracking available in Mocha Pro. It’s an advanced Planar Tracker able to track complex organic surfaces, and it works by sub-dividing the surface to detect small motions for much more detailed control as you can see in the image below.

Mesh Tracking can for example be used to detect the surface deformation of undulating clothes or rippling skin and in this particluar example to add a lip-piercing and a tattoo that moves naturally with the face expressions.

It can also be used to add a logo to a flapping flag, digital makeup, help out with rotoscoping or to add a matte painting of scars and bruises as in the example above from the Tracking Complex Surfaces in Nuke and Mocha Pro training on Lowepost.