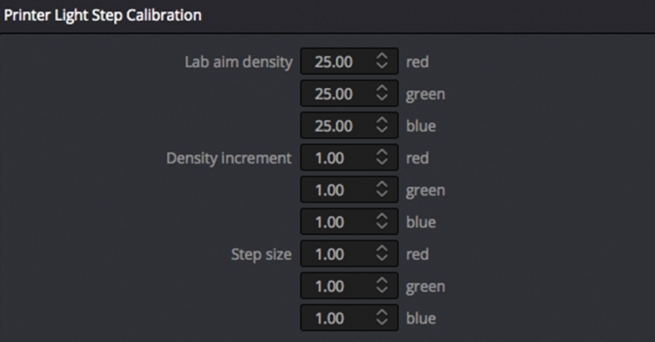 C olor timing is the process of balancing the color and density of each shot in a motion picture. This was necessary because motion pictures were filmed out of order from the final edited sequence, over a long period of time under varying conditions (lighting, exposure and film emulsions). Then the film negative was sent to the lab for film processing which also had variables which affected the color and density such as developing time, temperature and chemical balance. When the film negatives were spliced together into the final sequence to make a film print on positive film stock, it needed to be analyzed for color and density to set the printer lights for each shot so the final print would be balanced.

Although the technical process of color balancing was done by the color timer, the process of reaching the final color was a collaborative effort involving the timer and filmmakers; usually the cinematographer, director, editor or other production assistants. This was done through screening film prints with the filmmakers, getting their comments and opinions then applying corrections to the film timing till final approval was achieved. This would take from 2 or 3 timing passes up to 10 or more depending on the nature of the film and demands of the filmmakers.

The eyes of the color timer

The tools needed to color time a film print begin with the eyes of the color timer. Before the first print is made, the film negative is viewed on a film analyzer such as a Hazeltine. This is a machine that reads the negative and presents a positive image on a video monitor. The color and density can be adjusted using knobs which represent the printer lights usually from a 1 to 50-point scale for each color (Red, Green, and Blue). The timer turns the knobs until the color and density look right so the printer lights are set for that shot. This is done for each shot of the film, then a print is made. The film print is screened by the color timer who will analyze with his eyes and make notes to what needs to be corrected. The film print is then put on a comparator projector where it can be viewed scene by scene to make color adjustments by changing the printer lights for the next corrected print.

Some timers use color filters to help make color decisions.  The color corrections are not seen until another print is made. Originally, these color corrections were written on a timing card which showed the footage and printing lights for each scene. The timing card was sent to a person who would have to make a paper tape with this information to be loaded into the printing machine. Now this information is input to the computer by the timer as he makes corrections and directly accessed by the printing machine.

The length of time to color correct a cut negative film from the first trial to final approval can vary from a couple weeks to several months. This varies based on the number of scenes, how well it was shot, the need for reshoots or effect shots and the filmmakers demands. A typical turnaround from a first trial print to a corrected print including color correcting and printing takes several days. An average film would take 3 to 5 passes for approval which would be about 15 to 20 days total.

With all the tools and complexities of today's digital color correction, it is easy to become too focused on micromanaging minor details and losing sight of the big picture. Film color timing was limited to color and density balance with emphasis on the overall scene to scene continuity. I would advise digital colorists to hold off using your specialty tools (secondary correction, windows, and mattes) until the overall continuity of color and density is addressed so the integrity of the cinematography does not get distorted.

Now that I have been effectively retired from color timing with the closure of film labs and the industry taken over by digital projection I can only hope that the "art" of cinematography will go on. Working with some of the great cinematographers throughout my career taught me the importance of the image caught using the lighting, lenses, and techniques used by the camera. With the new technologies, it is important that this art does not get distorted by the involvement of too many opinions and people in the digital timing bay. My biggest advice is to listen to the cinematographer.