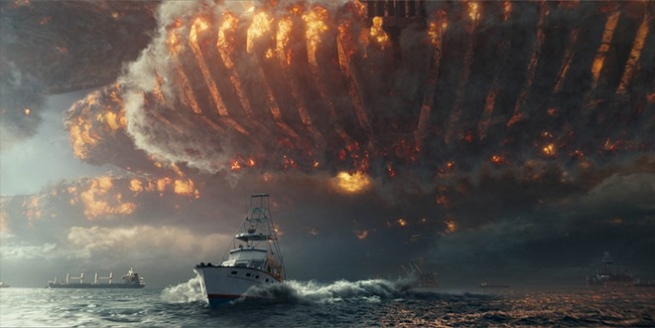 Independence Day: Resurgence was my third collaboration with DoP Markus Förderer. I was introduced to the project very early on. Markus was in LA shooting a camera and lighting test (a 15-minute sequence) and took the images to various post production houses to see what kind of look they could come up with. He also came to me in Munich. I knew very well what he wanted to see in this look. He was looking for a film emulation look and knew what was possible to achieve with film emulation from our last two projects.

The second installment of Independence Day built on the look of the first movie. We reviewed a lot of images from it for inspiration. We looked especially closely at the look inside the alien space ship. We didn’t want to break with the aesthetics of the first movie but still wanted to give the new movie its own world of look and feel.

We graded for half a day to find a look that we liked and went to ARRIS's cinema (a public 400 seat cinema that let us stream 4k uncompressed from the grading suites) to review the images on the big screen. I think it was very helpful to see the images in a final environment very early on. We used a couple of hours to fine tune the look and were very confident that the look-LUT we created would work for the whole movie.

The look-LUT could be created using the DaVinci Resolve's LUT feature, but I have my own LUT-Template file ( TIFF file ) that incorporates a 65 size 3D LUT and a 16 bit 1D LUT. I normally use this file because I get the more precise 3D LUTs out of it.