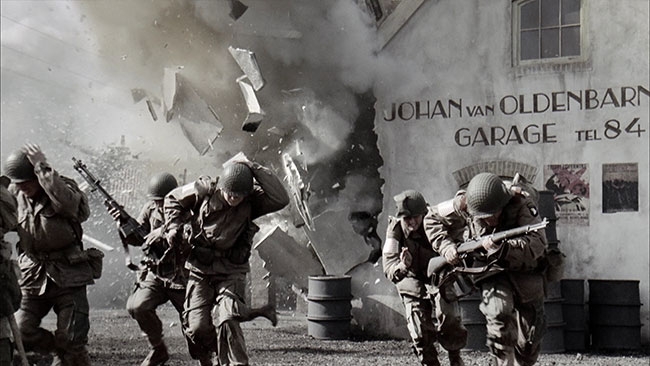 The post and grade on ‘BOB’ (That’s what we called it.) was achieved with a team of around 10 people and a pool of talented colourists and assistants. This was using bleeding edge technology at the time and probably millions of U.S. and U.K. Dollars & Pounds. It set the template for how films and TV are done as standard now, but at the time it was very time consuming and very, very touch and go. From camera negative to final HD Delivery it took longer than the period from the Allied invasion of France to end of the Second World War in Europe.

Every colourist has their own approach and you are never too experienced to pick up tips. The day you stop learning is the day to give up

Work for the Spirit

So, best start at the beginning. My involvement began thus. It was 1999. I was employed at the BBC in Post Production. Back then it was an age where the BBC actually ran their own resources. It was a big department. It had grading, telecine, videotape, lots of offline- and online suites and lots of people running around and actually making television programmes. I was in the telecine department and was busy on various projects. The grading kit was ‘Pandora Pogle’ with a few antique ‘Digigrade’ systems amongst some of the telecine bays. We had just purchased a brand spanking new Spirit Telecine. This was after quite a heated debate whether to go with a Spirit or a Cintel C-Reality, (a conversation for the Pub if ever there was one.)

But the Spirit was chosen and the march was on to find some work to actually use it on. Our marketing department at the time thought it would be a great hook to send out an invite to a launch with the promise of bottle of Malt Whiskey. Glasses with ‘BBC Resources - get some Spirit’ engraved on the tumbler were duly posted out in jiffy bags to all the post supervisors in the film and TV community. We had the launch event, the booze was consumed and a post production producer, Bruce Everett, attended. At the time, Bruce was engaged in building a team for the oncoming ‘BOB’ project and by chance he came across the engraved invite. Never one to look a gift horse in the mouth, he turned up. He had some new ideas regarding dailies rushes and he obviously saw something he could exploit (As well as getting a free bottle of malt).