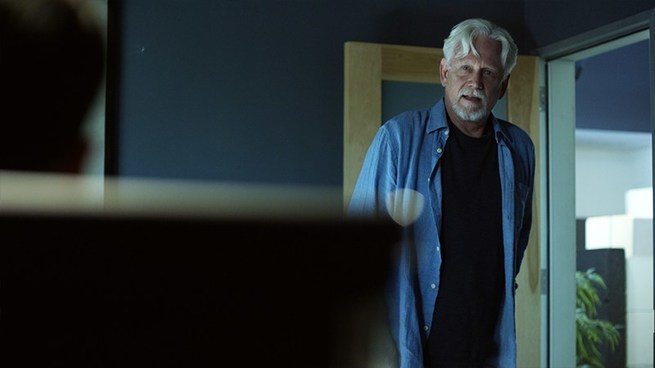 Colored by Juan I. Cabrera

I was present in the conversations since pre-production, so we were able to talk about the style as early as possible, to make sure all departments (production design, wardrobe, etc...) were on the same page. The series had two directors, doing 6 consecutive episodes each. The vision was always to create a very expressive and stylized universe, but without over-doing it. We didn't want the series to feel too graded, but we did want to clearly separate the different worlds. Contrasty and gritty for the underground scene and "bad guys", more conservative for the governor, nice and bright for the jury discussion room, etc.

As for inspiration, Watchmen came to the table a couple of times. Also some of the past work I did for Beneath and Chosen. But we also wanted this series to be new, not a version of something else, so we tried to push it in new directions.

The system I used for Sequestered was SGO Mistika. I've been using it for 10 years and I couldn't be happier. I've also used Resolve and a couple others, but nothing comes close. The Mistika toolset is huge and you have a whole toolset of compositing tools, not just color, that can help you immensely when you are on a really tricky shot.

As for how I grade, I prefer to grade Log with a simple Log-Lin LUT at the end of my nodes.