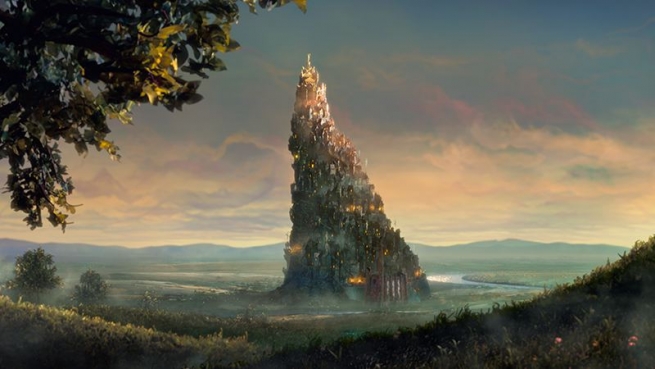 I have been working with the team from Liaka since 2009. For The Boxtrolls, the DP John Ashlee Pratt and I started the look dev from the very first teaser. We refined the look over the last six months of their production using a set of stills and a few test clips. We transferred the linear EXRs back and forth using FotoKem's GlobalData service. GlobalData is FotoKem technology that moves large files ultra-fast anywhere in the world with just an internet connection.

For the curve of the show we used a GLSL function to go in and out of linear gamma 1.0 to various different delivery targets

The inspiration and references all revolved around a rich and opulent world. Kubrick's Barry Lyndon was a picture that we looked to for the look we were going for. We wanted that feel of the rich glow of candle light.

This stop motion picture was shot on DSLR still cameras. The great thing here is that Laika used a motion control slide mount system. This means that each eye went through the exact same optical path, lens, sensor, and so on. This made the need to balance the two eyes non-existent. For the curve of the show we used a GLSL function to go in and out of linear gamma 1.0 to various different delivery targets.

The Boxtrolls has three distinct looks

I would consider The Boxtrolls to have three distinct looks. There first is the cool blue-green of night that is at times very flat to give a feel of fog and atmosphere. Laika provided a 3d plate of fog for many of the night shots. This allowed me to dial in the color and add the proper amount of contrast to balance the shots out. Then I was able to dial the amount of atmosphere using the opacity of the fog layer.