I was introduced to the spot after it had been edited together and the multiple instances of Florrie had been composited into the first scene. Christian Larson, the director, wanted to give it a bold look whilst still keeping clean skin tones and showing the clothing at its best. He also shot the stills campaign for HOSS and we used these as inspiration to base the look of the film on.

The spot was shot on a Red camera with a few Canon shots and I was supplied an HD DPX sequence.

There are many ways to making a rich bold look, but I often like to add a lot of contrast into the midst and roll off the black and white points with a curve. If you want to make a rich bold look in a clean way you need to make sure you feed your grade with a cleanly exposed and balanced image. Anyone can slap some LUTs on and crush an image, but to do it in a clean way without compromising the quality of the image is a skill.

After some initial balancing, I like to select a range of the various setups/shots across the spot and start to set the look mainly using primaries and some secondaries like luma keys. I then apply this throughout the spot and start watching through and adding to it. 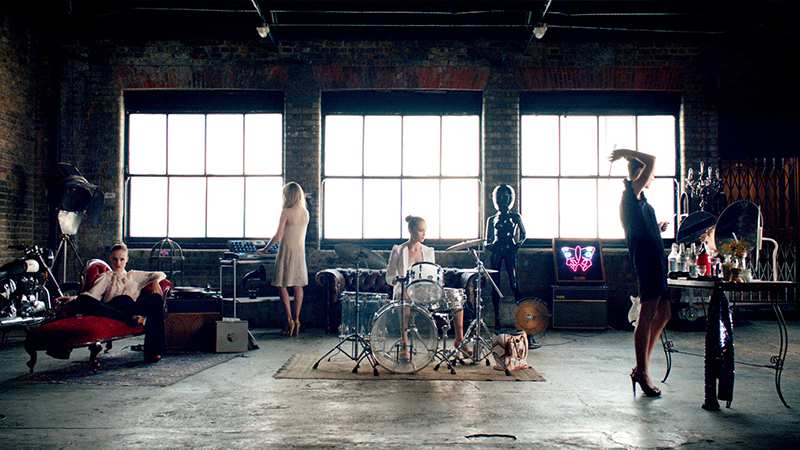 My approach is a bit like painting. I start with broad brush strokes (contrast, exposure, saturation, lift, gamma, gain) and then work into the image with finer strokes picking out more detail to create the look.

I love adding shape and depth to an image by offsetting the tones. In this spot, Florrie is the focus so I cooled off the overall room whilst keeping warmth in Florrie. I isolated the chaiselong and gave it a rich red by bringing down the luminance and adding some saturation. Playing up key elements like this helped her to pop out of the background.