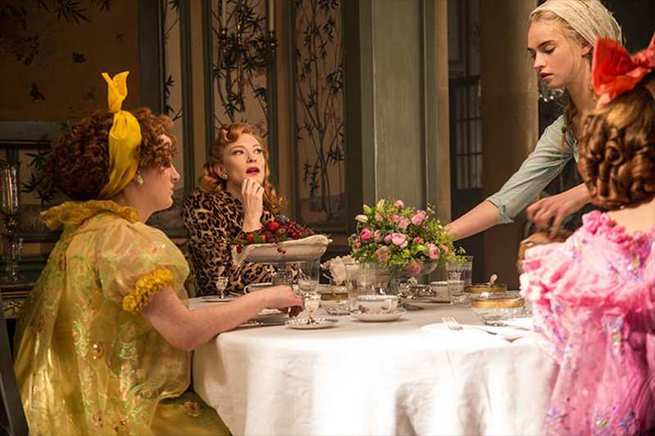 I was introduced to Cinderella during the DI grade on "Jack Ryan Shadow Recruit" as the Director Kenneth Branagh and Cinematographer Haris Zamabarloukos were going to work together again on the film. I had worked with Haris previously on other films so we already had a great grading shorthand and understanding of how each other worked.

It's great creating an interesting grade on a shot, but you have to make sure it carries on correctly on a scene

We started off looking at paintings by the French artist Fragonard and used this as a template for the very early grade tests. We liked the painting titled "The Swing"; the way the main character stood out as if in a soft pool of light, with the background darkened almost like a soft vignette.

When we presented to Ken he liked the idea but wanted it backed down a bit. He wanted a classic look; colourful, sumptuous and rich. He was also adamant that the film should be very saturated at the beginning when life was good and everything was perfect. As time goes by and the mother dies, the saturation should not be so pushed. The grade was going to reflect the narrative arc of the story being told.

With a production like Disney’s Cinderella, there is obviously an awful lot of testing to be carried out; make-up tests, costume tests, etc., so we used these to try a few things out. The sets and costumes were spectacular. Haris' cinematography was superb, and it was my job to pick out all of the detail and enhance it.